to the New Home of the Crown City United Soccer Club 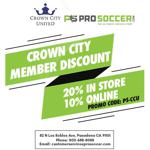 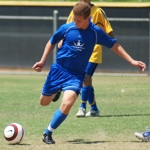 I come to the Crown City Soccer Club with over 20 years of coaching experience from U6 through U18 (youth and club), Junior High and High School level, and the Premier Men’s Soccer League in Northern California. As a coach, I have led teams to different events within the United States. As team captain of the San Francisco Seals professional soccer team, I led the team as the goodwill ambassador for two sister city programs between the city of San Francisco and Shanghai, China and Ho Chi Minh City, Vietnam.  I played professional soccer for the San Francisco Seals of the A-League (USISL) San Francisco Bay Blackhawks (APSL) and the San Jose Earthquakes (WSL) from 1988 through 2001. I played my college soccer at Santa Clara University, 2-year captain and National Championship of Division I Men’s Soccer in 1989.
Entire Bio

Juan was born in Cochabamba, Bolivia, South America. He played soccer all his life. At the age of 16 Juan begins playing professional soccer in a 2nd Division Club in his own town.  Entire Bio

Remus has been coaching youth soccer for 15 years. Before that he played and managed a competitive men’s team.  Remus grew up in Southern California playing soccer since age 5.... Entire Bio

My name is Romario Lemus. I am from Guatemala and I played in the Sub 15 división and then with Comunicaciones FC Guatemala. I came to California 3 years ago and started coaching kids the skills and beauty of soccer. I also am the coach for San Marino High Schools boys JV team and Huntington Middle School girls soccer team. It is my second season with Crown City and have had a boys 2009 team and currently coaching the boys 2010.